An Opera in One Act

New England, a large house in the country

A young writer and mother suffers from “temporary nervous depression,” for which her doctor/husband John prescribes the “rest cure.”  He takes her to the country for the summer and rents an old estate house for them to stay in.  He forbids her to read, write, or have visitors, and installs her in the former nursery room at the top of the house where she can rest undisturbed.  The walls of the nursery are covered in a hideous yellow wallpaper that has no apparent logic to its design, and The Woman becomes obsessed with it.  She sees figures creeping around behind it and eventually she tears it from the walls in an attempt to free them.  In doing so she frees herself, by descending into madness.

The Woman
John, her husband
Five Women in the Wallpaper (Ensemble) 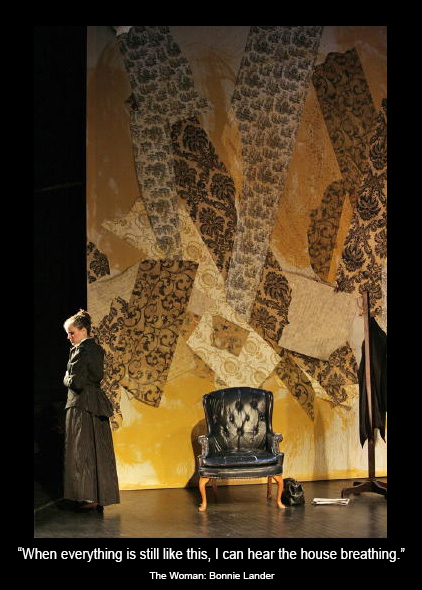 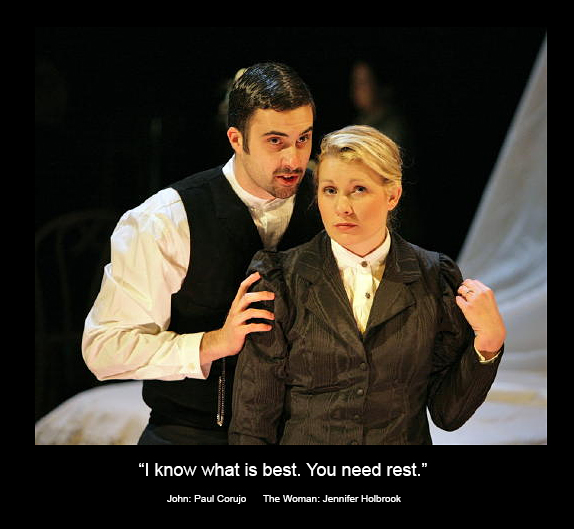 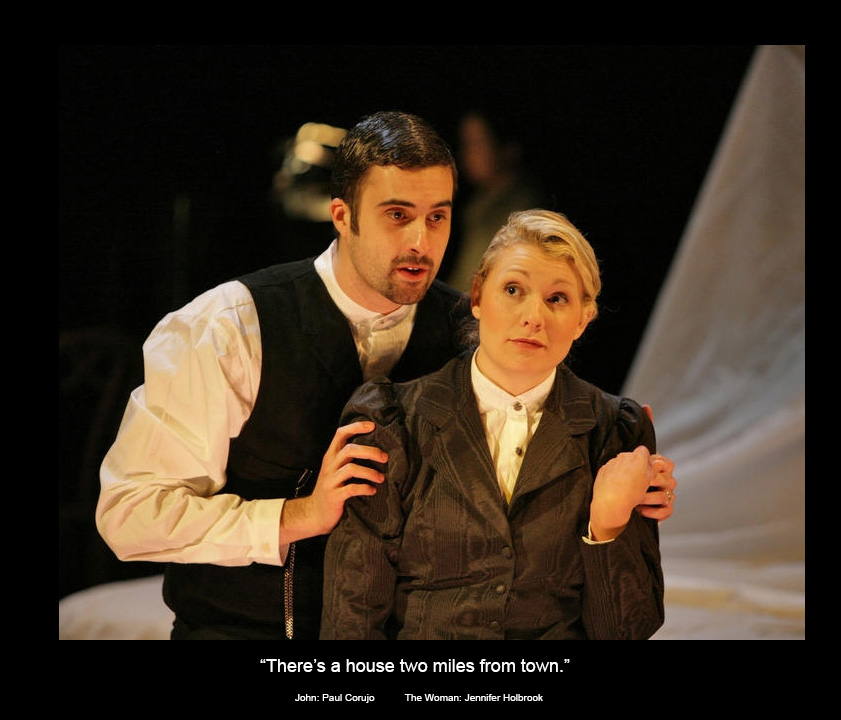 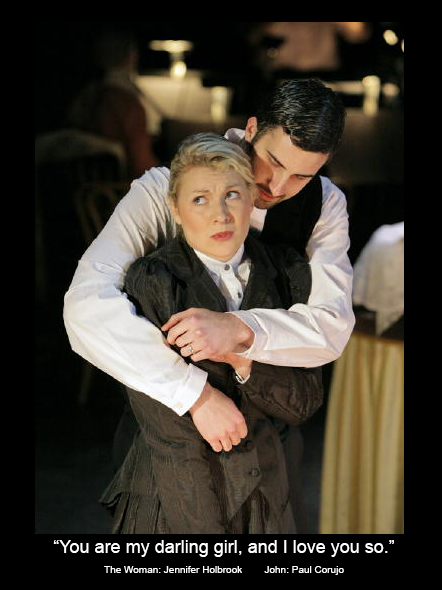 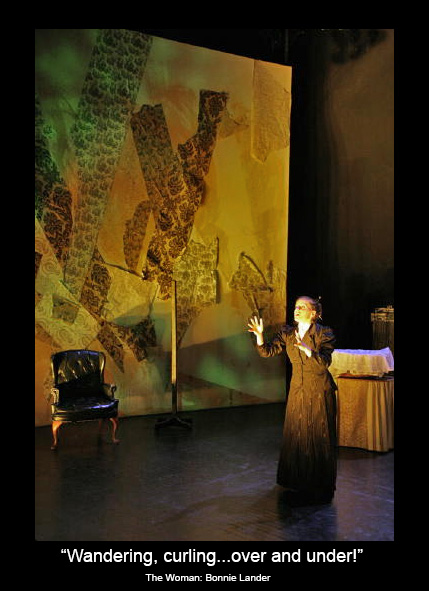 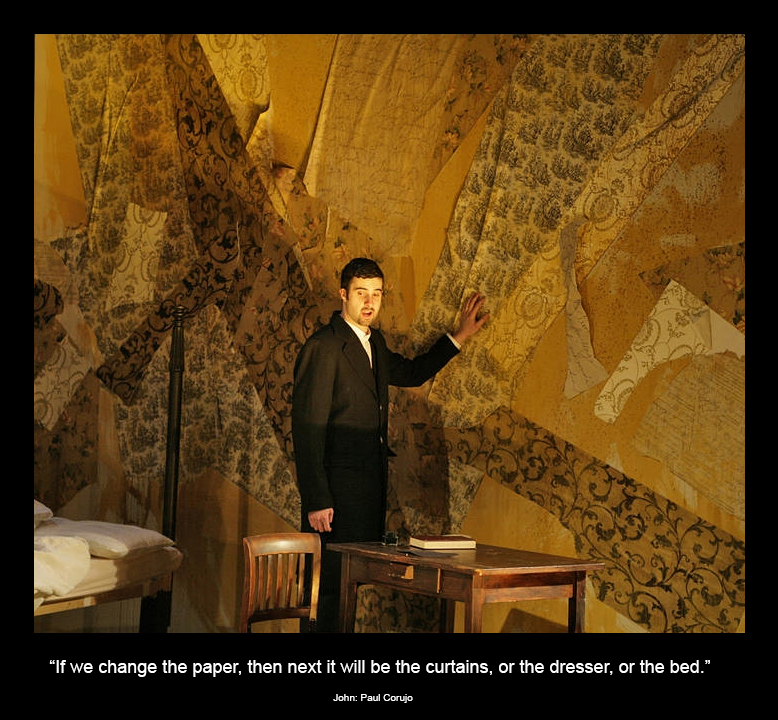 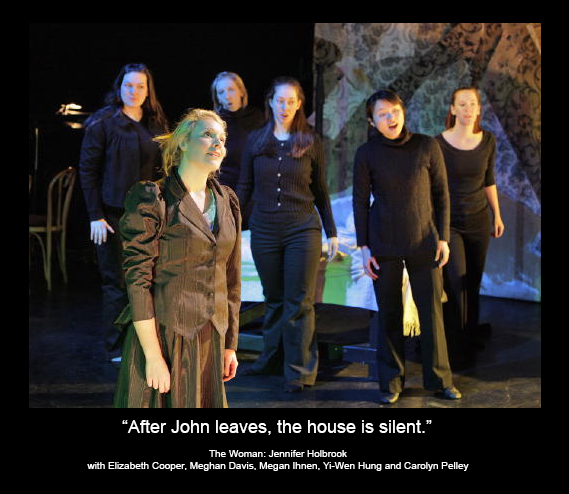 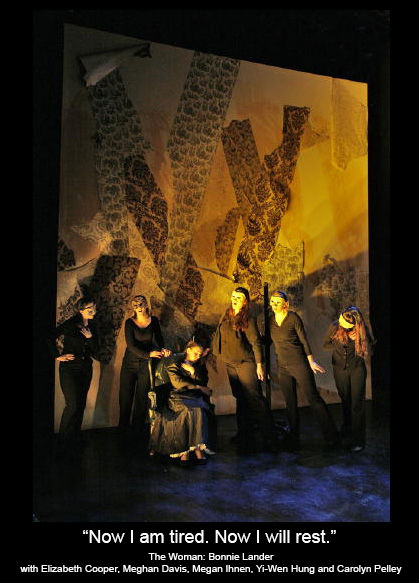 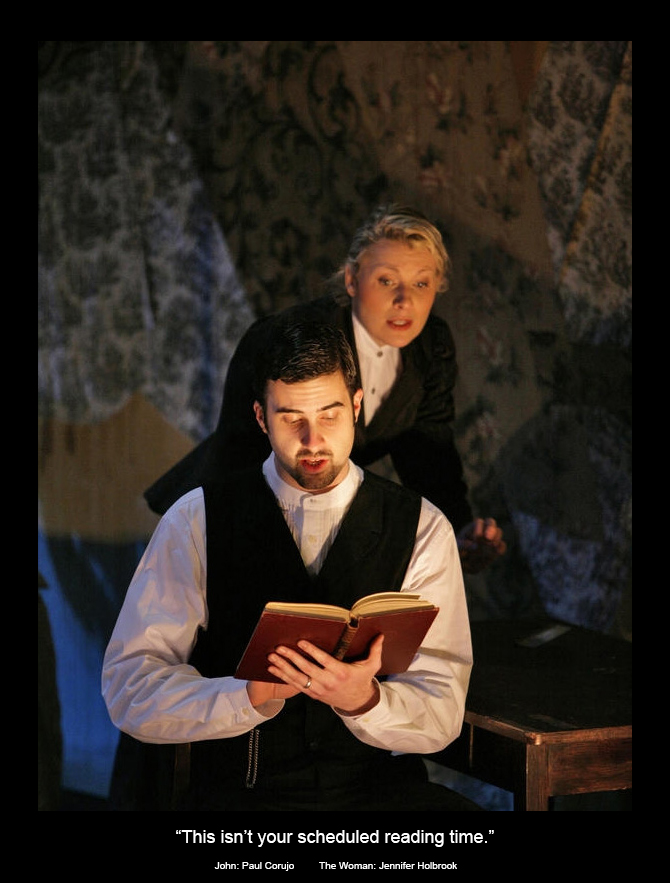 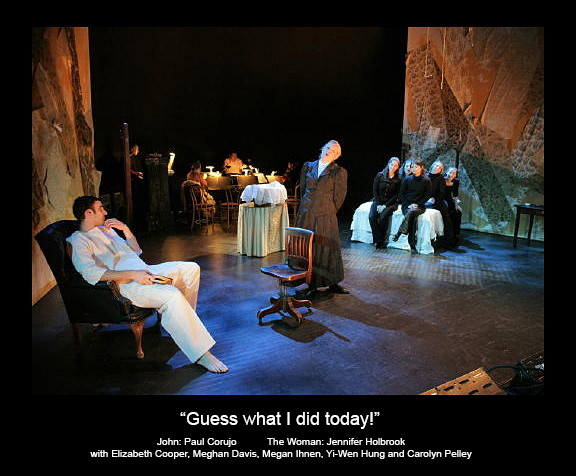 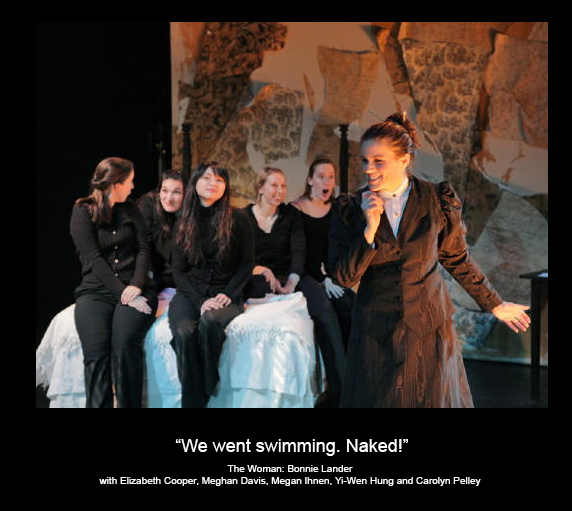 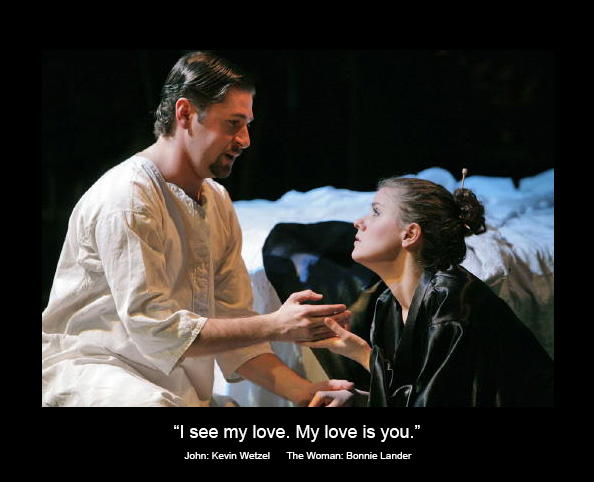 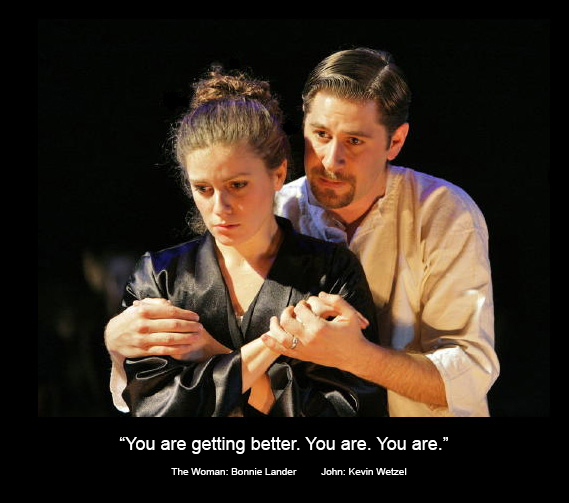 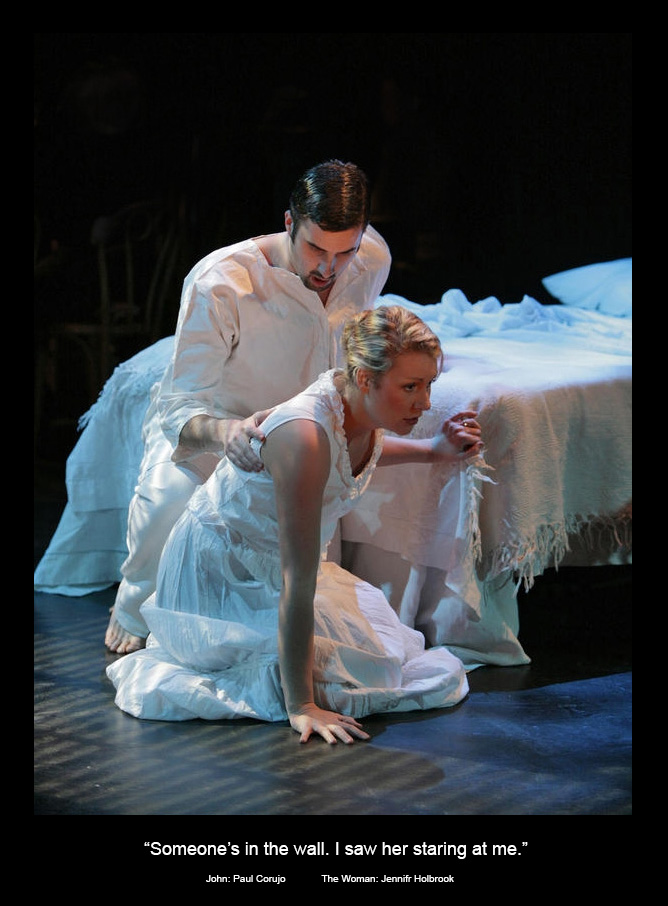 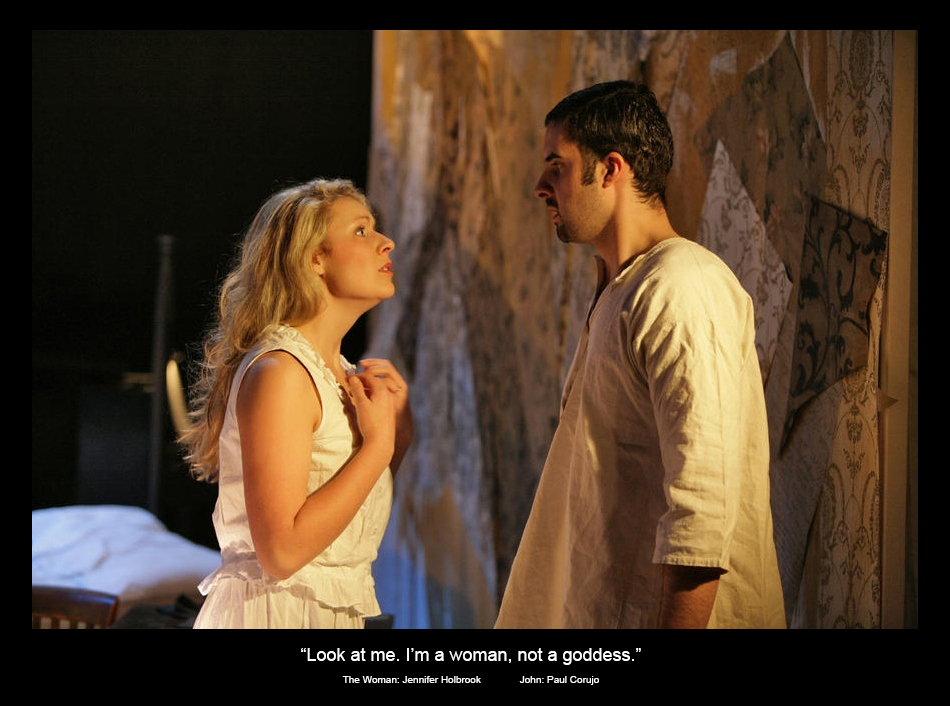 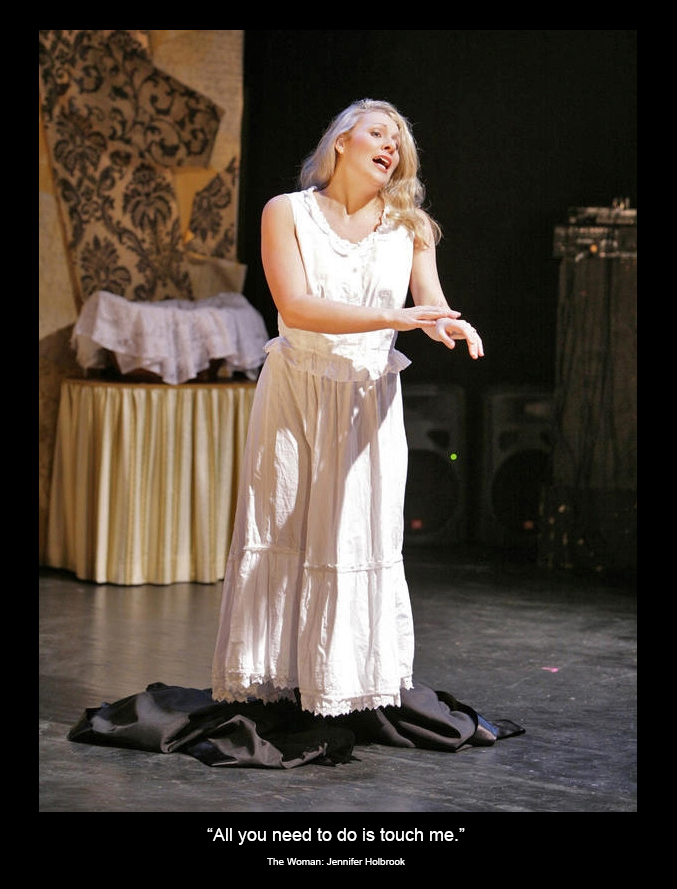 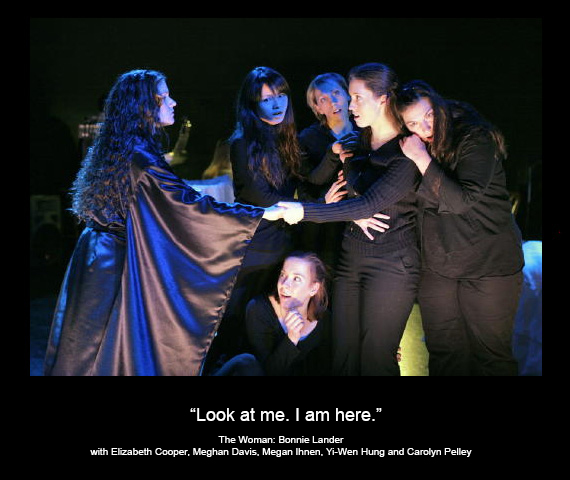 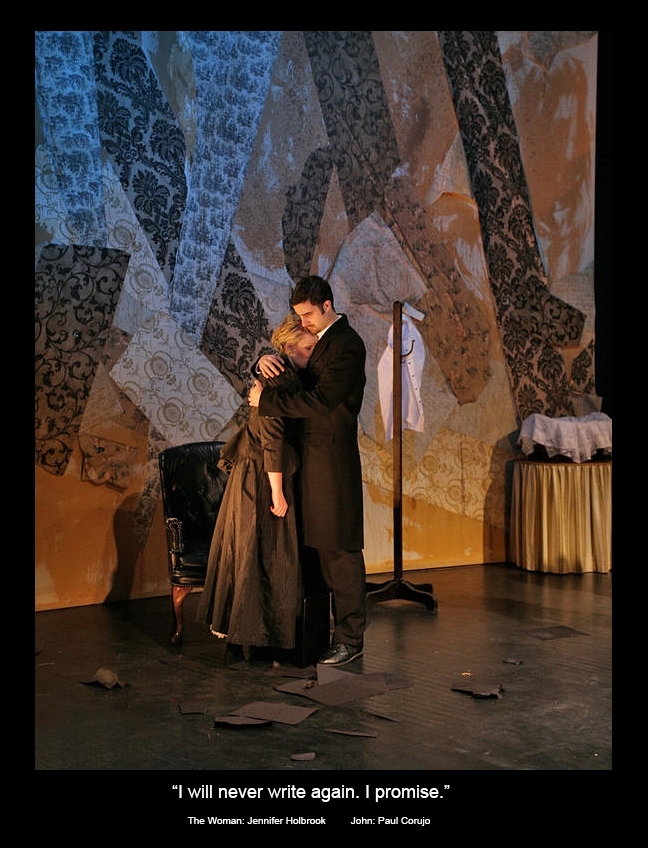 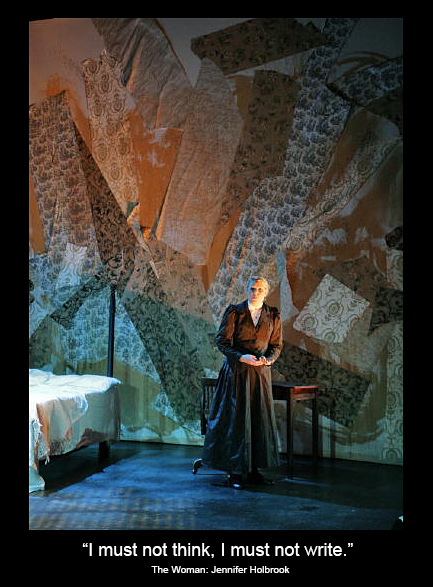 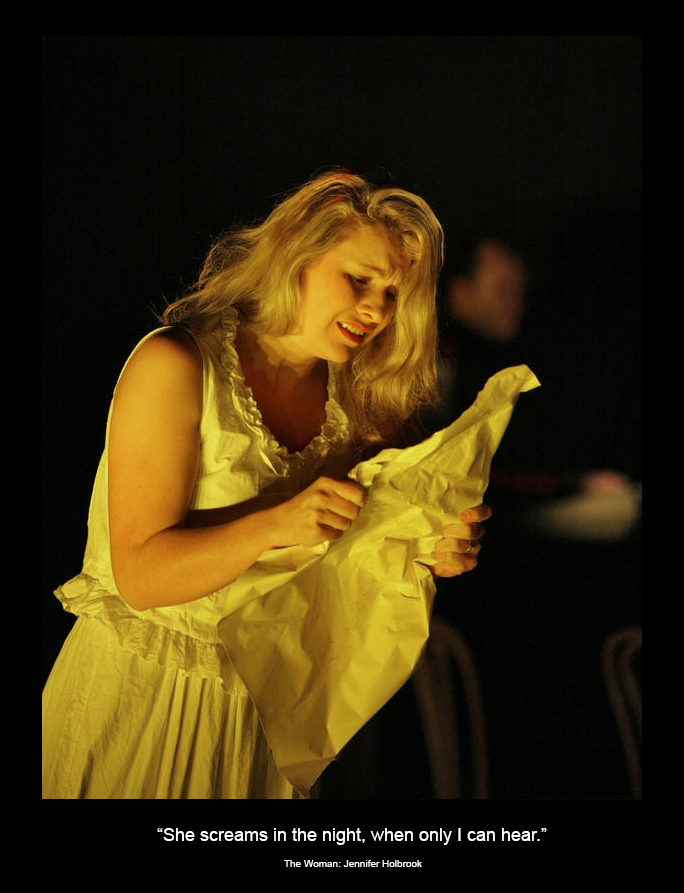 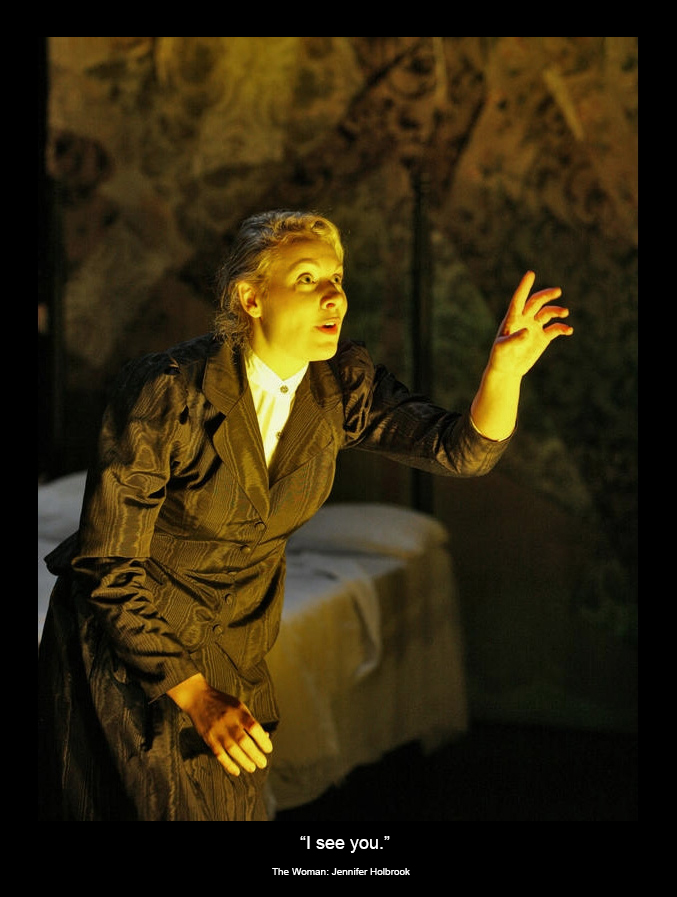 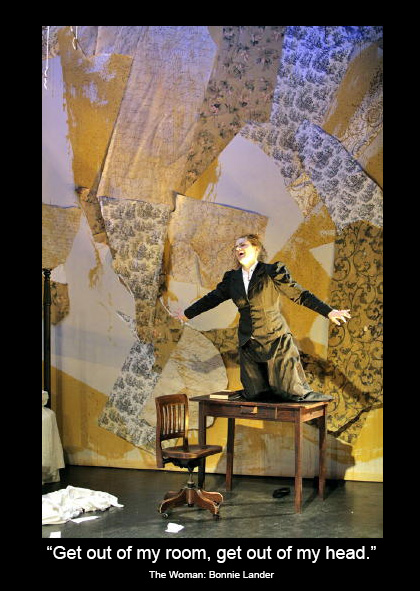 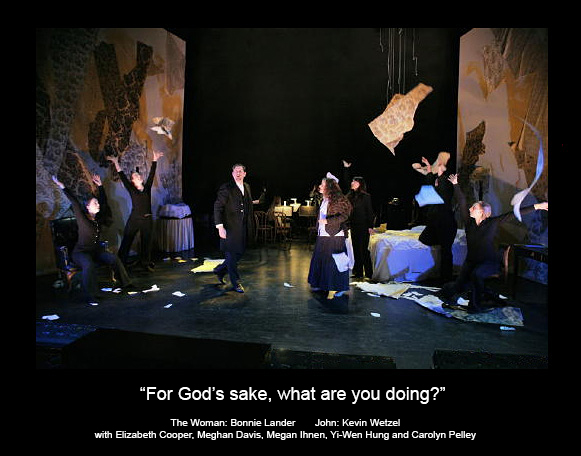 "The nursery is large and open"

"She screams in the night"

"The key is down by the front steps"

"I have to creep"

The Ensemble (VOICES/WOMEN 1-5): Initially, only the voices of the Women in the Wall are heard, then gradually their figures become visible during the course of the piece. They are dressed in clothing that is printed with the same pattern as the wallpaper, so they blend in with the wall and are only faintly discernible when they move. Their skin might also be painted with the pattern of the wallpaper.

In Scene Four the Womens’ hands come out and actually touch THE WOMAN, but the figures themselves still remain vague, blending with the wallpaper. It isn’t until the final scene, when THE WOMAN tears off the wallpaper, that all the figures break away from the wall and come out into the room with her, all five of them tearing at the imprisoning wallpaper.
It would be acceptable to double the chorus and use five women as singers and five as dancers. This would allow more freedom of movement for the dancers and easier concentration for the singers.

The Wallpaper: The Wallpaper should be treated as a character. It changes in every scene; sometimes the pattern swirls around as if it is alive and breathing and at other times it becomes flames burning up the wall. These changes might be accomplished with lights, colors, scrims, perhaps video movement, and also with the presence of the Chorus of 5 Women, who stand or move behind the design.

The Nursery Room: Gradually throughout the piece the nursery room appears to grow in size. When The Woman first enters it in Scene Two, it is of normal size, but as the wallpaper takes on more and more significance in her existence, the walls of the room grow up and out, becoming larger and larger. In the final scene, when the lights come up to reveal The Woman alone in the nursery, it’s the feeling of being in a cathedral, with walls and wallpaper stretching endlessly up and out.